“My name’s Charlie Walsh and I’m a gymnast.”

Charlie was a 10 year old and within a period of 8 weeks went through a lives changing series of events. He contracted scarlet fever and then was also diagnosed with Kawasaki disease, which left him with a dilated left coronary artery.

When he went back to school after his illness, Charlie fell during a game of tag in the playground and hit his head on some play equipment. Since that day, he can no longer walk and now uses a wheelchair. Charlie has also been affected by a range of neuropsychiatric conditions including OCD, Tourette’s and short term memory problems.

Following his fall, Charlie became withdrawn and didn’t want to leave the house. Then his mum found out online about Hopes and Beams.

“He became so introverted, he just became the kid who didn’t want to do anything, didn’t think he could do anything. Now, the world’s his oyster. He’s like, ‘I’m going to the Olympics’. He’s got goals. And I believe him 100%. Charlie can do whatever he wants to do.” – Charlie’s mum 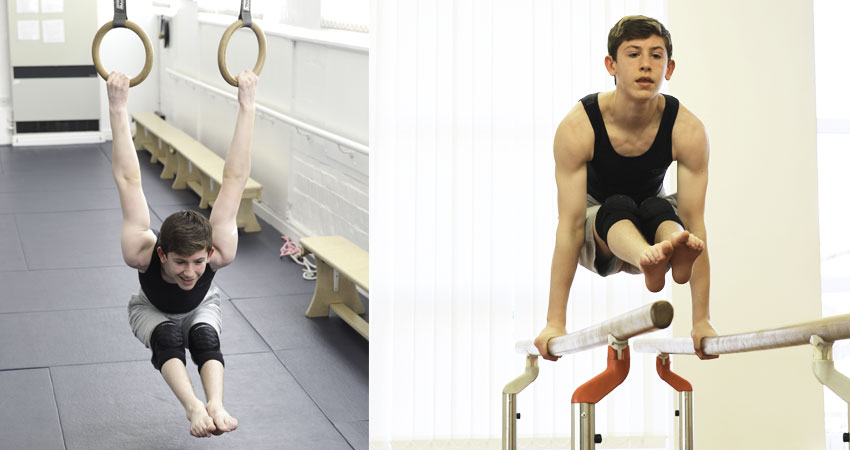 When he first started, he talked to the coaches at Hopes and Beams about what he could do, and they worked to modify the moves and routines for Charlie’s training. Head Coach Iain spends time repeating instructions and going over each move to help Charlie store the information in his long term memory.

Charlie is a teenager now and has been coming to Hopes and Beams at Broad Street, Crewe, twice a week since he was 11. Gymnastics has become his passion and, according to his mum, he would sleep in the gym if he could. His favourite pieces of equipment are the rings and the parallel bars, and his hero and role model is Olympic bronze medal winner Nile Wilson.

“I like rings quite a bit and parallel bars. They’re my favourite two equipment to go on because of the variety of moves you can do on them, and they take a lot of strength so they’re pretty cool.” – Charlie

To help people with disabilities discover their potential through sports, teaching and recreation.